The store will not work correctly in the case when cookies are disabled.
Artikelnummer
LOEHLGOP
Autor
Jan Ehlvest 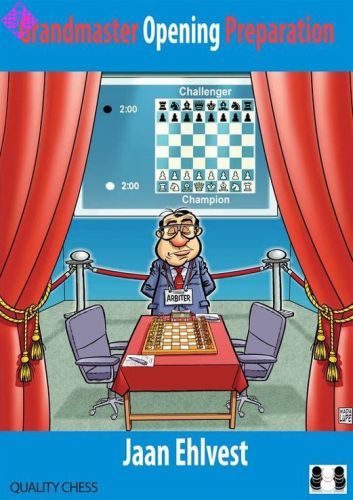 There are hundreds of opening books available, full of deep analysis, but many of them fail to explain the reasons for choosing one computer line over another. And how top players distinguish between good and bad opening lines remains a mystery to most of the chess world.

Grandmaster Opening Preparation addresses such questions as how to balance computer preparation with human considerations, along with a wealth of practical advice on how to go about building the opening repertoire which is right for you. The book also provides an in-depth treatment of the evolution in understanding of Isolated Queen’s Pawn positions, which will enable the reader to become more effective in a multitude of openings, with either colour.

Jaan Ehlvest is an Estonian-American grandmaster, a former Estonian Champion, and a former Soviet and European Junior Champion. Ehlvest is also an Olympiad Gold medallist and has been ranked in the top five in the world.

010 Overview of the opening problem

019 2 Evolution of the Isolated Pawn

153 The critical or key position in the opening

156 Critical positions in the Scheveningen

207 5 Modern Trends in the Opening

221 Some final thoughts about the opening

221 Critical positions for White after 1.e4

229 8 How to Build Your Opening Repertoire