The store will not work correctly in the case when cookies are disabled.
Artikelnummer
LXEGGHUTK
Autor
David Eggleston

Hacking Up the King 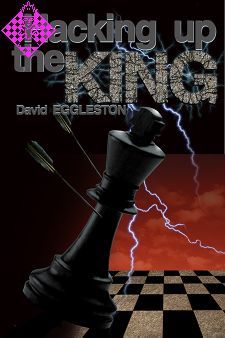 Is it possible to learn how to attack your opponent’s king from a book? Guidelines and verbal explanations are fine, argues David Eggleston, but there is no substitute for the hard work of carefully analyzing the complex position that’s on the chessboard in front of you.

The author, Britain’s newest International Master, invites you to go deeply into typical sharp situations where it may – or may not – be possible to put the enemy monarch to the sword: opposite-side castling, slash-and-burn Sicilians, even mating attacks in the endgame. In the process, you will hone your judgment and develop the analytical skills needed to decide if and when to take the plunge.

Emanuel Lasker, the second world chess champion, proclaimed that, “Chess is a fight!” David Eggleston brings that idea vividly to life in this collection of recent international-level battles.

David Eggleston is a young International Master from England and the winner of several high-level tournaments, including the 2012 Chess House tournament in Aarhus, Denmark and the 2013 Bedford Open. He teaches chess in schools and competes in international tournaments whenever possible.

021 Chapter 2: Finishing Off the Attack!

065 Chapter 4: Attacking When Only You Have an Attack

093 Chapter 5: Hacking Up the Scandinavian

171 Chapter 9: Nice-Looking Attacking Ideas that Shouldn’t Work, But Often Do in Practice

190 Chapter 10: Attacking to Exploit an Early Lead in Development

216 Chapter 11: Attacking in the Endgame