The store will not work correctly in the case when cookies are disabled.
Artikelnummer
SCOPRUSTS3
Autor
Roeland PruijssersNico Zwirs

How to Slay the Sicilian Vol. 3

2…e6 and others - Taimanov, Paulsen/Kan 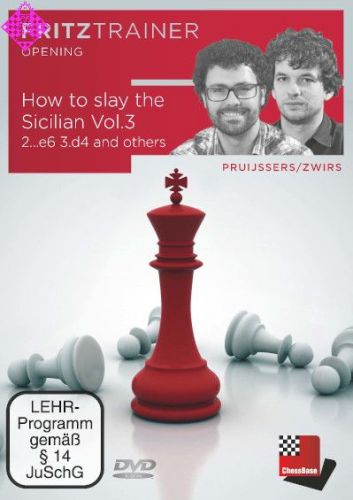