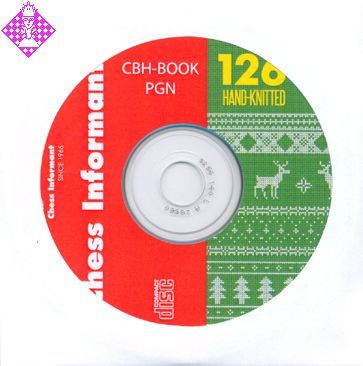 In his well-known and unique style, GM Alexander Morozevich draws reader's attention to the necessity of a modern approach in studying openings. This time he brings us the position that can arise either from the Benoni or the Saemisch Variation of the King's Indian Defence trying to answer a very important question "In whose favor is a2-a4 and ...a7-a6?". And just like it happened in Chess Informant 124, again we're having the move ... h7-h5 as one of the most significant ideas. Only this time, Mighty Moro chooses Black's side and offers a whole new set of ideas based on "absence of moves a2-a4 and ...a7-a6" explaining the difference between the classical and the modern approach with all the fine nuances.

The remaining part of CI 126 focuses the FIDE World Cup 2015 to a large extent.

Indian Top GM Pentala Harikrishna takes the reader to the world of imaginative calculation having presented four highly interesting games: one from Baku, two from "the great rivalry series"; first of which is Kramnik-Topalov played at ETCC in Skopje, followed by a curtain-raiser for next year ladies' world title match between Hou Yifan and Mariya Muzychuk; while the last game is a fine author's win from the Isle of Man where he eventually managed to win a very strong event.

GM Ernesto Inarkiev invites you to join him step-by-step on his one-month chess adventure! Find out how it feels to have only 3 days off throughout 29 days filled with different chess events and travelling, but also how to adopt to various rates of play, keep your composure and what is the satisfying result of this chess-marathon. Presented total of 10 games and game fragments prove that Ernesto had enough energy to annotate his own games even after such a heavy schedule - a true pro!

The familiar "Old Wine in New Bottles" of GM Mihail Marin is a study of exploiting the Achilles heel of f7 or f2 (the weakest link in the pawn chain). Included in this fascinating survey are 3 encounters from the Baku final match between GM Sergey Karjakin and GM Peter Svidler added with 3 famous examples from the past by former world champions Alekhine and Karpov.

GM Emanuel Berg looks at an old Steinitz idea in the Ruy Lopez that has become popular recently by showcasing two games from the knockout spectacular. Both of the "mirrored" examples were played at this World Cup in Round 4, featuring battles between Wei Yi vs. Ding Liren and Veselin Topalov vs. eventual finalist Peter Svidler.

Minor pieces and rooks each have their own strengths and weaknesses; so total of 12 endings examples are examined by GM Karsten Mueller revealing these special traits from the World Cup and World Rapid Championship. He explores: knight endgames, opposite-colored bishops endings, various versions of a bishop against knight, and a whole slew of tricky rook and pawn endgames.

PLENTY OF THE WORLD CUP HIGH-QUALITY CHESS TO STUDY DURING HOLIDAYS ... AND EVEN AFTER!

And all this is just little more than a half of the entire CI126 content, which was quite carefully HAND-KNITTED ...:)

The second half maintains our half-century tradition of selecting the most interesting games, combinations, endings and studies from recent events with non-verbal annotations by the players themselves or our in-house team of grandmasters and international masters. 201 all-annotated games, of which 1/3 of them were played in the World Cup, whereas the list of annotators-participants is completed with Peruvian legendary GM Julio Granda Zuniga and Cristobal Henriquez Villagra (CHI) who produced a major shocker in Round 1 by defeating "the oldest 2700+ member" Boris Gelfand.

Free training tests based on the contents of Informator 126 will be available to readers for download in January.