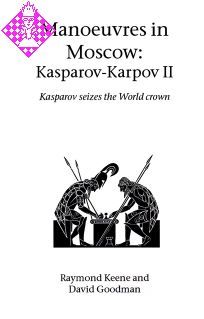 In early 1985 Florencio Campomanes - the now disgraced former president of FIDE, the World Chess Federation - halted the World Title challenge from Garry Kasparov "without result", thus forcing a rematch in the autumn of that same year. This book recounts Kasparov's determined fresh assault on the world title which made him at age 22 the youngest champion in the history of the game. This volume also gives a detailed account with original documentation of the scandalous proceedings which led to the stopping of Kasparov's previous title onslaught. This was perhaps the single most dramatic moment of any World Championship in the entire history of chess competition. The authors were present and give an eye witness account of events which mirrored the contemporary turmoil in the Soviet state as outdated adherents of communism struggled with the new forces of perestroika and glasnost which, within a few years, had led to the spectacular crumbling of the USSR. Books on the Karpov-Kasparov clashes of 1984,1986,1987 and 1990 are also published by Hardinge Simpole.