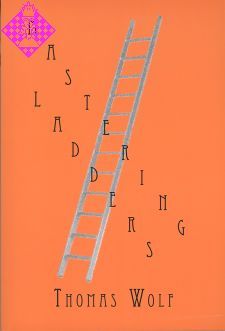 Introduction Although ladders are a special tactical aspect of the game of go, they are an important part of every game and must frequently be worked out mentally, for example, when considering whether or not a cutting stone can be captured. It is therefore appropriate to put some effort into learning efficient techniques for solving ladder problems and practicing them.

Still, why should you learn about ladder techniques if there is so much more to learn in go you don't yet know about? After all, to read ladders is one of the first things beginners learn. The justification is that in order to perform a non-trivial task extremely quickly, you have to break it down into smaller steps, analyze them, and practice them very slowly. There are many examples of this, for example, piano playing, fencing, and karate. In karate the perfection of fast movements against virtual opponents through a slow practice has even become a discipline of its own: performing the kata. Thus I believe one is not over-organized when learning even about eye-movement in this book in order to solve ladder problems most efficiently.

The problem collection in Part Two ranges from very easy to very hard and includes problems where the running stones are captured as well as problems in which they escape. Most of these problems were generated by a computer program and, while they will likely not come up in exactly this form in your games, they provide a graduated opportunity to practice the solving techniques introduced in Part One. Working them out will also improve your reading skills.

Both the theory in Part One and the problems in Part Two contain material that will be useful to beginners as well as to strong amateur players.

There is an online site where you can work on the problems interactively: http://lie.math.brocku.ca/GoTools/applet.html

This may be especially useful for the harder problems where both sides have several different options for their moves. I created this program while working on a go playing program. That project soon specialized to solving life and death problems, and in that context a subroutine was created to solve ladder prob­lems. Later a program was developed to create ladder problems. For conve­nience, in this book, Black is always the color that is chasing and White is always the color running. White is considered to have escaped if the running stones get at least three liberties.

In complicated ladder problems variations are sometimes possible. From all the possible variations for Black to play in the effort to capture, we show the variation that catches White as early as possible, and if White has different options, we show the one that delays the capture as long as possible.

The topic of ladders in go cannot be discussed without mentioning the famous and artistic whole board ladder problems by Nakayama Noriyuki in Treasure Chest Enigma, a second edition of which has been published by Slate & Shell. Unlike Nakayama's creations, computer generated ladder problems usually do not have patterns that are particularly interesting visually. However, it is pos­sible with computer generated problems that are generated in a random way to cover any possible feature or issue. In this sense, they offer a more complete training set for study.

I am thankful to many people for various comments and contributions. Special thanks go to Matthew Macfayden (UK), but also to Philip Waldron (CAN) and Charles Ledham-Green (UK) for selecting interesting problems from a large set of computer generated ones. Jean-Pierre Vesinet (FR) eliminated problems where White can be caught with a net but not in a ladder, and Jing Yang (CAN) eliminated ambiguity further down in solution sequences in a few problems. Thanks also go to Xiaozhen Niu (CAN) for contributing references to profes­sional games, Peter McMain (CAN) for teaching me heuristics useful for solv­ing standard ladder problems and Volker Wehner (GER) for critical comments prompting a rewrite of Part One.

03 Part One: All About Ladder Problems

12 2. Simplifying the Reading of Standard Ladders

16 A. Guidelines for Capturing

17 B. A Sacrifice Technique to Capture