The store will not work correctly in the case when cookies are disabled.
Artikelnummer
LOKEEMCT1979
Autor
Raymond Keene 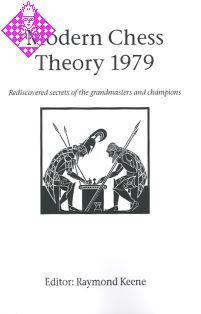 A host of material by ingenious theoreticians, which has not only stood the test of time, but may well form a devastating arsenal of secret weapons for your own games. This is the second volume of Modern Chess Theory magazine, which continued under the editorship of Grandmaster Keene from 1980-1982.

The Caro-Kann Defence, English Opening, Grunfeld Defence, Old Indian Defence, and Sicilian Defence are among the topics for articles.