The store will not work correctly in the case when cookies are disabled.
Artikelnummer
LOKEEMCT198182
Autor
Raymond Keene 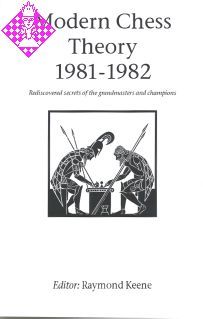 This reprint revives writings by Yuri Averbakh, Edmar Mednis, Eduard Gufeld, Jan Timman, Jon Tisdall and John Watson, among others. A host of material by ingenious theoreticians, which has not only stood the test of time, but may well form a devastating arsenal of secret weapons for your own games. Modern Chess Theory magazine, under the editorship of Grandmaster Ray Keene was originally published from 1980-1982.