The store will not work correctly in the case when cookies are disabled.
Artikelnummer
LXPRIMC
Autor
Craig Pritchett

From Steinitz to the 21st Century 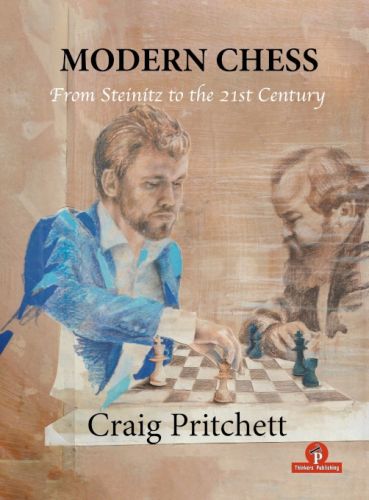 This book takes the reader on a journey from early 19th century developments in the game up to the present-day. It takes in the revolutionary Wilhelm Steinitz’s early summation and establishment of a firm positional basis for chess and the considerable contributions made by all of the subsequent world champions and certain other great players, including the contemporary computer phenomenon, AlphaZero.

013 From the Romantics to the Early Modern Age

109 Hypermodern Ideas and the Maturing Mainstream

259 Mastery in the Modern Computer Age