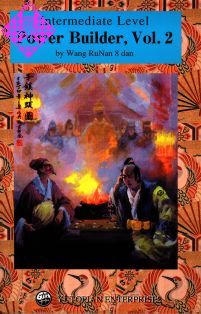 This book is based on a Television program hosted Wang RuNan 8 dan, that was broadcasted on the Central TV Station, in China. Emphasizing on basic concepts, theories, and techniques, the lessons are intended for an audience of intermediate level players. These lessons were carefully chosen to help the reader excel.

There are a total of thirty four lessons in this program covering many subjects. thirteen lessons are included in this first volume, with topics ranging from opening to invasion. These lessons are not only useful to kyu-level players, but also to low Dan-level players as well.

We hope the reader can get strong and have funr reading this book at the same time. Enjoy!

After the Central Television station of China had broadcasted a few programs on the game of Go, many viewers knew enough about the game to start playing it. But they soon discovered that it was harder and harder to improve their strength. So by an overwhelming request, the CTV, together with the China/Japan Friendship Go Association, developed and broadcast a program for intermediate level players. It was called: Wei2 Qi2 Zhong1 Ji2 Jiang3 Zuo4 [Go Classes for the Mid Kyu Players]. In order to help the audience learn from that program, the Shu Rong Qi Yi Press published this book.

The main topics in this book are the basic concepts, theories and techniques of the game. Intermediate level players will improve their Go strength greatly if they study these lessons.

There are 34 lessons in the program. They cover many subjects. They are not only very useful to lower level players, but they are also useful to low Dan players. As long as you make an effort and study these lessons, you will improve your strength in Go.