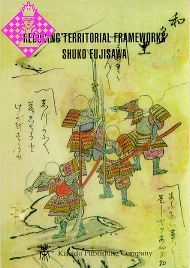 The aim of a reducing move is similar to that of an invasion, in that it tries to prevent the opponent from enlarging his area. Limiting the expansion of his territorial framework (moyo) or reducing its size may not bring you actual profit locally, but in the overall context it maintains territorial balance, so it is a large-scale strategy. That means that you have to make a cool assessment of the overall position and that you have to articulate a strategy of defence and offence that applies to the whole board.

The reducing move is not directly a fighting technique. However, it often serves as preparation for fighting elsewhere or provokes a counterattack that makes fighting unavoidable. In contrast to the concreteness of an invasion, both the aim and the execution of a reducing move are abstract. Rather than local tactical skills, an overall strategic vision is called for, but for this very reason it is necessary to master its basic concepts and techniques. It may not be a fighting technique, but you must always be ready to fight.

The first chapter of this book discusses the basic concepts of the reducing move. The next three chapters give a systematic presentation of the important patterns or josekis. The fourth chapter attempts to give the reader a feeling for how reducing manoeuvres function in the context of whole-board planning by examining the strategic choices involved in deciding between reducing and invading, between surrounding and expanding territory. The final chapter looks at examples, presented as pick-the-next-move problems, taken from my games. The most difficult stage in a game of go is the transition from the opening to the middle game. To steer your course safely through this stage, a sound grasp of the theory and practice of reducing and invading is essential, and acquiring such a grasp is the first step towards giving your game greater profundity.

I would like to acknowledge the invaluable assistance of the go writer Aiba Kazuhiro in putting together this book. I would also like to express my gratitude to the Ishi Press for making an Englishlanguage version available to go fans around the world. I hope that it can make a contribution to your understanding and appreciation of the game.

001 Chapter One: The Basics of Reducing

002 The objectives of reducing moves

027 Chapter Two: Reducing the Side

035 2. Shoulder Hit Against the Two-Space Extension