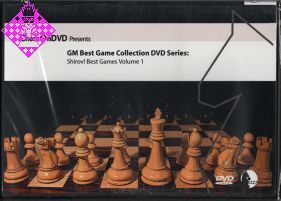 In the first volume of a series of videos dedicatet to his best games, 1998 WCC World Championship Challenger Alexei Shirov deeply analyzes his razor-sharp encounters with Gheorghiu (Moscow 1989), Bareev (Lvov 1990), Hauchard (Paris 1990), and Lautier (Manila 1990). Shirov searches for the truth and beauty in his games, and provides the viewer with a fascinating display of chess vision at the pinnacle of tournament chess.