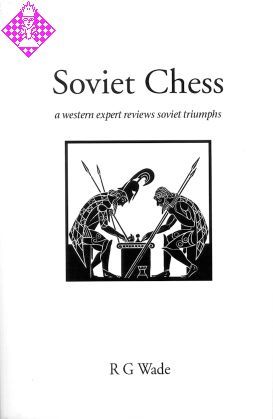 Bob Wade, twice British champion and for decades chief junior coach of the British Chess Federation, was one of the driving forces behind the explosion of chess in England which led to three team silver medals in the chess Olympiads of 1984,1986 and 1988 and to a British player, Nigel Short, challenging for the world title in 1993. Wade won the International Master title in his own right, and would doubtless have obtained a Grandmaster title under modern title stipulations. He is also a noted chess author and has been awarded the OBE for services to chess.

Soviet Chess is best read along with Kotov & Yudovich: The Soviet School of Chess. It is an examination of the Soviet chess machine but seen from the point of view of an expert outsider, fascinated by the training methods which were capable of identifying and nurturing talent up to grandmaster and world champion level on a consistent basis.