Masterpieces by the Latvian genius 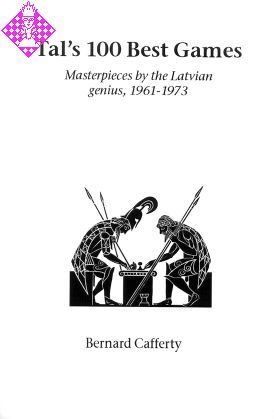 The essential sequel to Peter Clarke's companion book on Tal, Mikhail Tal's Best Games of Chess. Cafferty takes us further on Tal's career path, covering his loss to Botvinnik in the revenge match, but also the triumphs of Bled 1961 and Tal's remarkable sequence of tournament victories in 1973. Tal is the chess public's favourite - a knight of the chessboard who knew no fear and joyously sacrificed to fight at close quarters with the enemy king. In the annals of chess, Tal ranks with Anderssen, Alekhine, Stein and Kasparov as the undisputed archetypes of aggression on the 64 squares.