The store will not work correctly in the case when cookies are disabled.
Artikelnummer
LXPANWCIBI
Autor
Vijay D. Pandit 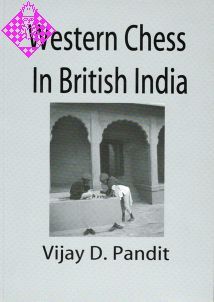 Over recent years, the standard of Western Chess played in the Third World has improved enormously with India at the forefront. India is now one of the world's strongest chess nations and the strength in depth of its players is still increasing.

And yet almost nothing is known of the origins of Western Chess on the sub­continent. What few books on chess were published in India are now almost impossible to find and knowledge of what was played in the years before independence scarcely survives. The author has made a life-long study of Western Chess in India and here he presents the current knowledge on matches and tournaments up to 1947, together with a collection of all known games from the period 1825-1947.

018 Games with some text