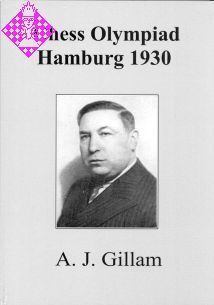 The third Olympiad (World Team Championship), organised by FIDE (the International Chess Federation) took place in the second half of July 1930 in Hamburg, Germany. It was a fine way for the Hamburg chess club to celebrate its centenary.

Eighteen teams of four players (some with a reserve) assembled and over 600 games were played to a very tight schedule.

This book is an attempt to tell as much of the story of the event as is possible more than eighty years later. There are photographs of most of the players and over 380 games and positions, many with contemporary annotations.

The competition was fierce with nine teams taking the lead at various times before poland emerged as the winner.