The store will not work correctly in the case when cookies are disabled.
Artikelnummer
LXKAMGKCG2
Autor
Gata Kamsky 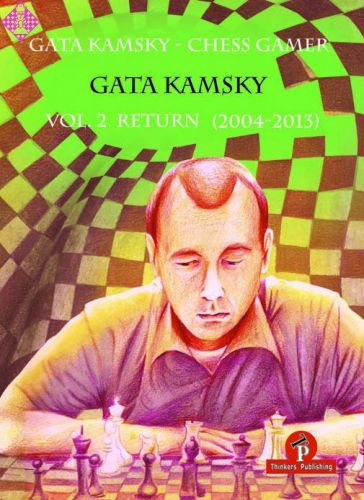 Gata Kamsky was born 2 June 1974 in Siberia, Russia. At the age of six he moved to Leningrad, where he became a student of the renowned trainer Vladimir Zak. He moved to the USA in 1989. He is a graduate of Brooklyn College and the Touro Law Center in New York. He became a grandmaster at the age of sixteen, is a five-time US Champion and six-time US Olympiad team member, was the 1996 FIDE World Champions ip challenger, 2007 FIDE World Cup winner and 2010 World Rapid Chess Champion. He was inducted into the World Chess Hall of Farne in 2016.

"These three volumes contain my most memorable games of chess. Volume one covers the period before my early retirement, volume two the period after my return to the game and volume three my most recent games.

I am delighted with the support of Thinkers Publishing, and, of course, my wife, without whom these volumes would probably never have materialized. This is going to be my only work on chess, a subject that I feel I have learned enough about to share with you some of my knowledge." - Gata Kamsky.