The store will not work correctly in the case when cookies are disabled.
Artikelnummer
LGCHIGOACITTG
Autor
Cho Chikun

Go - A Complete Introduction to the Game 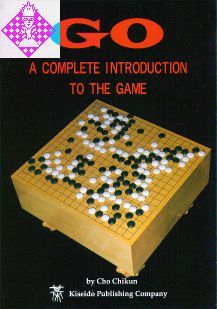 Played throughout eastern Asia for thousands of years, Go has captured the imagination of more game players than any other strategy game. Today, Go is becoming increasingly popular in the western world as more and more people discover its beauty, elegance, and strategic depth.

This book is the best and most authorative introduction to this ancient and fascinating game. Written specifically for the western reader by one of the strongest players in the world, it presents the rules, tactics, and strategy of this unique game in a step-by-step, easy to understand way. Besides showing you how to play, it contains essays about the world of Go which will broaden your knowledge and understanding as well as pique your interest. From history to modern tournament play, from traditional playing sets to computer Go, you'll find it in these pages.

Cho Chikun was born in Seoul, Korea in 1956. He came to Japan at the age of 6 and became the youngest-ever professional Go player at only 11. He is considered to be one of the great prodigies in the history of go. By the age of 27, he held the four top Japanese titles simultaneously, a feat that no other player has yet accom-plished. At one time or another, he has held every one of the seven major titles, the Grand Slam of professional go. Presently, he is the undisputed king of the Japanese go world, holding the top three titles: Kisei, Meijin, and Honinbo.

Go is an elegant game; its rules are few and simple. Yet much is made about how hard a game it is to learn. The problem, I believe, is in the presentation. Beginners who start out on the standard 19x19 board are bound to become awed by the enormous number of points there are to play on. But if they are introduced to go on a 9x9 board, the time it takes to learn the game can be greatly reduced.

With this in mind, I have tried to present the rules of go to the beginner in an easy-to-understand manner. Using four example games on a 9x9 board, I gradually introduce the rules and the method of counting the score. After finishing the first chapter, the reader will immediately grasp what go is all about. The rule of capture is covered in the second chapter. What constitutes a living group is explained in the third chapter, and the rule for ko is the subject of the fourth chapter. In the process of presenting these games, I have made sure that the method of counting the score is clearly illustrated.

The middle chapters are concerned with tactics, and chapters nine and ten introduce the reader to the strategy of go on the standard 19x19 board. These chapters will start to mean more to you as you gain experience from playing games. In the final chapter I present one of my own games in order to give you an idea of what a game of go is like at the highest level.

There are many go books in English for beginners. They concentrate mainly on the rules and tactics, but provide very little of the background and cultural milieu. On finishing such books the reader comes away with a lot of questions to which very few people in the West know answers. As a result, there is a lot of misinformation about go. I have tried to remedy this situation in the interludes between chapters where I cover the history of the game, the modern tournament scene, go in the West, as well as other topics.

iv About the Author

003 Chapter One: Introducing the Game

029 The Development of Go in Japan

126 Continuing Your Study of Go

136 Go Organizations Around the World