The store will not work correctly in the case when cookies are disabled.
Artikelnummer
LGBOZSAB
Autor
Richard Bozulich

Sabaki - The Art of Settling stones 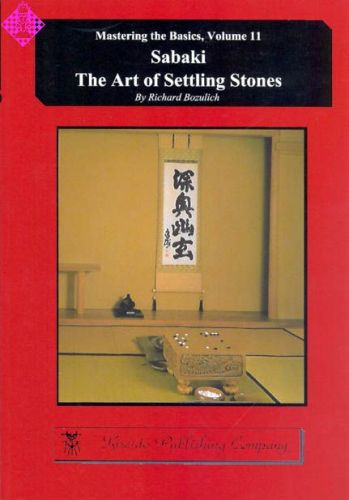 During the opening stages of the game the players stake out positions and more or less divide the board. Normally each player wants to win and take just over 50% of the board. This usually involves a balance between safety and risk; that is, making a safe and non-invadable extension or an extension that is slightly farther and limits the opponent’s territory. The drawback of the latter is that the position now becomes invadable. This usually means that when an invasion takes place, the invading stones do not have enough space to make an extension that guarantees life. That, in turn, means the invader has to run away. However, running away is not always the best strategy as it is one-sided — that is, it allows your opponent to harass the run-away stones while securing territory and building influence. Often it is far better to make the beginnings of eye-shape — to breathe life into the invading stones — before running away. In other words, ‘to make sabaki.’

The numerous examples and 122 problems taken from professional games, will introduce the readers to all the techniques that may be required to achieve sabaki in almost any position that might arise in their games.

001 Chapter One. Some Tesujis for Making Sabaki