The store will not work correctly in the case when cookies are disabled.
Artikelnummer
SCOPRUSTSB
Autor
Roeland PruijssersNico Zwirs

How to Slay the Sicilian-Bundle (4 DVDs) 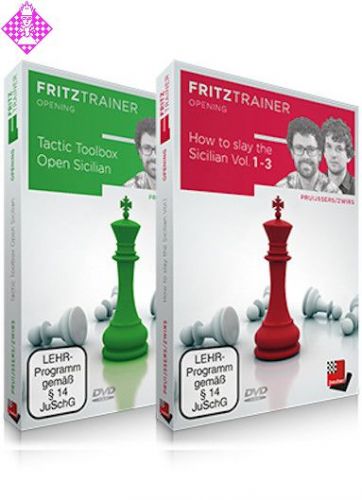 Knowing typical tactical patterns is important to keep the upper hand in these sharp lines. Roeland Pruijssers and Nico Zwirs show patterns you should know when playing the Open Sicilian. The interactive Fritz - Trainer format invites the viewer to answer questions and helps to test and deepen your knowledge. And even if the Sicilian is not part of your repertoire you will profit from this DVD - after all, mastering tactics is always useful in chess.