The store will not work correctly in the case when cookies are disabled.
Artikelnummer
LEMIKMTRE
Autor
Adrian Michaltschischin 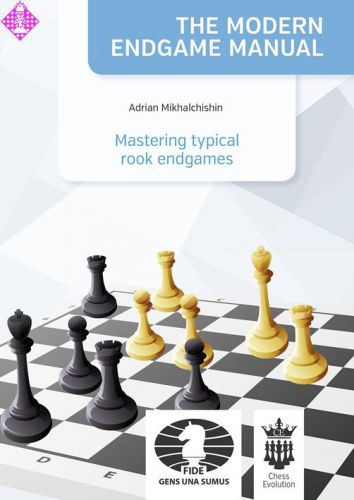 Rook endings are the most frequently seen among all endgames. In fact, more than 60% of all endings are rook endings, and the reason is simple: rooks generally enter the game much later than other pieces.

There are a few very important rook endings, ones which we see frequently in practical games. Every player must know how to deal with these situations on the board, for both sides, so knowledge of basic positions and methods of handling complicated endgames are key. And the mistakes of the top players are also extremely instructive and serve as great lessons for improvement in the endgame.

A total of eight books will take you step-by-step from king & pawn endgames all the way through to extremely complex and materially-unbalanced endgames.

089 Chapter 5. Two against one — simple positions