The store will not work correctly in the case when cookies are disabled.
Artikelnummer
LOWILORBL
Autor
Simon Williams 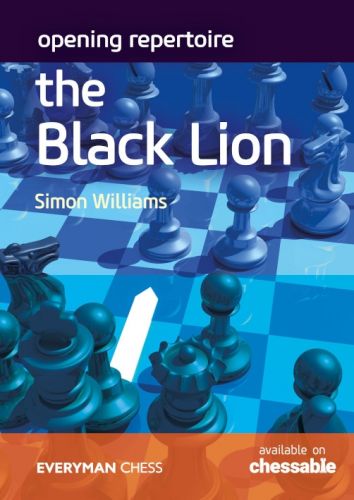 The Black Lion is a thoroughly modern counterattacking system that is a nightmare to face. This wild and aggressive line attempts to take away White’s initiative from a very early stage and is guaranteed to throw your opponents off balance.

The Black Lion is essentially a contemporary and aggressive interpretation of the Philidor Defence (1 e4 e5 2 Nf3 d6). The Black Lion starts with a slightly different move order, 1 e4 d6 2 d4 Nf6 3 Nc3, and now the lion family splits into two different animals: the risky lion (3...Nbd7) or the tame lion (3...e5). Both treatments are thoroughly investigated in this book.

Simon Williams (the Ginger GM) is the ideal guide to explain how to whip up an extremely dangerous attack using either treatment. Williams is well known for his swashbuckling, attacking play and the Black Lion suits his style perfectly. His commentary and annotations are always instructive and entertaining.