The store will not work correctly in the case when cookies are disabled.
Artikelnummer
LORAKRSOOP
Autor
Aleksandr Rakhmanov 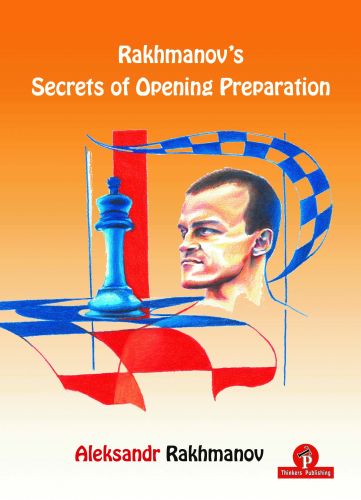 Aleksandr Rakhmanov was born on 28 August 1989 in Cherepovets, Russia, and started to play chess at the age of seven. He became an IM in 2006, a GM in 2007 and a FIDE trainer in 2020. His current rating is 2651. His peak ratings are 2676 (classical), 2721 (rapid) and 2704 (blitz). In 2007 he won a hat-trick of bronze medals at the Russian, European and World U-18 championships. In 2017 he took 21st place in the World Rapid Championship in Riyadh and in 2019 won gold medal on 3rd board in the European Club Cup in Montenegro, took 18th place in the FIDE Grand Swiss, probably the strongest chess open ever, and participated in the World Cup. As a chess tourist Aleksandr likes to travel and has visited about fifty countries around the world.

Aleksandr decided to write about something that I would be interested to learn myself. In this book the author shows what preparation for a game by a 2650 player looks like. In chess, we only see the game on the stage, and can only guess at what is hidden behind the scenes. Top players can't reveal this, nor can their seconds, so Aleksandr decided to show following: preparation for games, accompanied by analyses; how to outplay opponents, not with powerful opening preparation, but by leading them into positions that are pleasant for hirnself or unpleasant for his opponents. On top we have a close look at matters that many players do not pay attention to in terms of opening preparation and preparation for a specific adversary.

319 Chapter 10 – Personalizing Your Preparation to the Opponent