The store will not work correctly in the case when cookies are disabled.
Artikelnummer
LXHILWPSK
Autor
John S. Hilbert 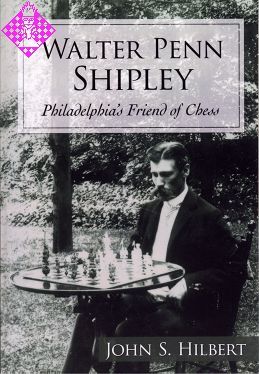 About the Book
Walter Penn Shipley was crucial to the development of chess in the United States in the late 19th and early 20th centuries. He organized correspondence chess in the United States in the 1890s, was a talented player and was a friend of world champions and contenders. He served as the president of the Franklin Chess Club in Philadelphia at the height of its power and prestige.

This work is a complete biography and games collection of Walter Penn Shipley. It draws from original documents--correspondence with Steinitz, Lasker, Capablanca, Pillsbury and others, detailed Shipley family records--and extensive research conducted in contemporary newspapers, journals and magazines. The book contains approximately 250 games (most of them annotated), with 246 positional diagrams.

About the Author
John S. Hilbert is the author of a dozen books and more than 100 articles on chess history. He lives in Amherst, New York.

"recommend[ed]...lives up to its publisher’s standard for quality books"--Chess Mail