The store will not work correctly in the case when cookies are disabled.
Artikelnummer
LOBURAIPCOR
Autor
Graham Burgess 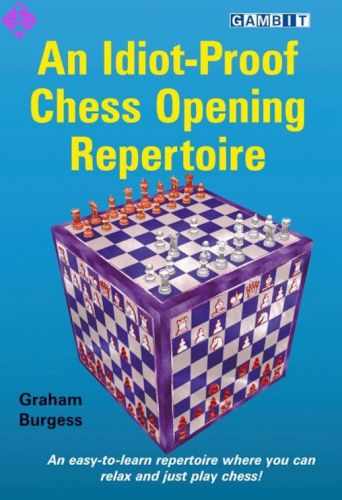 Ever wanted a complete chess opening repertoire – for White and Black – whose basics can be learned in a week? A strategic low-maintenance repertoire that does not require memorizing of long variations, and yet can frustrate both stronger and weaker opponents?

In this book, award-winning author Graham Burgess has come up with the ultimate simplified repertoire. But it is not based on boring or unambitious openings. The aim is to avoid symmetry and mass exchanges, and reach an unbalanced middlegame. You won’t be dumped into do-or-die tactics where the penalty for forgetting a key move is an instant loss. There are plenty of sharp and aggressive ideas within these pages, but the openings chosen provide a firm and sound base for experimentation. If you forget the critical line and have to make something up at the board, then if you have understood the key strategic themes – which are explained with the use of mini-rules and reminders – then you should get a playable game.

As Black, we choose the slippery Scandinavian and a carefully crafted hybrid of the Slav and QGA. As White it is the English Opening, often with Botvinnik set-ups that will give our opponents fits! These will become your special lines, where you will know and understand more than most players, even much stronger ones.

Graham Burgess has written 28 chess books, including three on opening play for the ‘Chess for Kids’ series. He is a FIDE Master and a former champion of the Danish region of Funen, and in 1994 set a world record for marathon blitz chess playing.