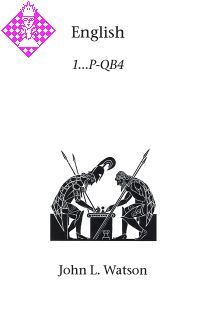 An authoritative series: John Watson's systematic coverage of all varia tions of the English Opening. U.S. International Master Iohn Watson's classic work on the English Opening is still the only comprehensive treatment of this dependable opening, one which has always had a large following among the world's best players. Some of the finest games of modern chess, both positional and tactical, have begun with 1 P-QB4. By virtue of its extraordinary flexibility, the English can lead to unique and original positions at an early stage of the game. Volume 3 (1 P-QB4 P-QB4) accounts for a high percentage of master games. The author shows that its former reputation as a dull system hasn't held up as modern players have found increasingly sharp and unbalanced methods of conducting the play. Attention to detail has been maintained and a particular effort has been made to deal thoroughly with transpositions. Watson's aim throughout has been to provide a practical balance of

theory, discussion and examples. With encyclopaedic coverage and many original suggestions, this series gives the reader the ability to understand the complexities of the English Opening and to play it with confidence.

International Master John Watson is widely known as a player, author, and chess trainer. His books have won numerous awards including Book-of-the-Year awards for "Secrets of Modern Chess Strategy" and "Chess Strategy in Action".

PART THREE: 2 N-KB3 and others

310 Index of variations and Transpositions