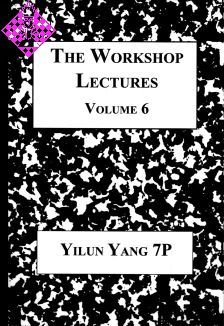 FOREWORD Yilun Yang 7P is one of the most popular go teachers in the US. He has many Internet students, holds frequent workshops around the country, and has pub­lished many books about the game and his special approach to playing it, em­phasizing the importance of following principles rather than memorizing pat­terns and sequences.

Yang was born in China in 1951 and had an active career as a professional go player and teacher there, before coming to the US in 1986. He lives near Los Angeles, California. You can contact him at yly_go@yahoo.com.

Yang's workshops typically involve several lectures and thorough analyses of the games participants play each day. In the lectures he guides players through the unusual approach to thinking about and playing the game that he has worked out during many years of teaching. He believes that play should be guided by applying easily understood principles rather than by memorizing common pat­terns and special sequences.

Yang argues that there are too many variables in go to make memorizing set patterns very efficient, but there are a relatively small number of easy to under­stand principles that can effectively guide players' reading and play in every situation that arises. The lectures in this book present some of these guidelines that are especially applicable to the opening stage of the game.

The lectures give the reader a small taste of the exciting approach to the game that Yang has developed and that he spells out in detail in the lectures and game analyses at his workshops. The actual lectures had more variations (many con­sidered in response to questions and suggestions by participants) than could be included in these print versions, but the main points are fully covered.

39 Dealing with a Moyo

65 Playing with and against the sanrensei