The store will not work correctly in the case when cookies are disabled.
Artikelnummer
LXMOHFG
Autor
Adrian MichaltschischinGeorg Mohr

Life and Games of a Grandmaster
Eigenschaften
Ankündigung zum 04.08.2021 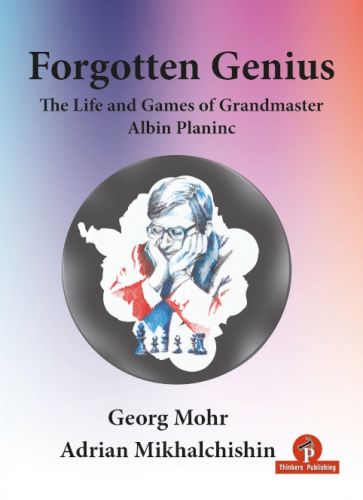 Albin Planinc was born in the middle of the Second World War, on 18th April 1944, in the little village of Brise, near the small town of Zagorje ob Savi, approximately 30 kilometers from Ljubljana, the capital of Slovenia. He spent his childhood with his mother Ljudmila (unofficially Milka), a simple, uneducated woman who earned money from various unskilled jobs.

This fascinating biography of over eighty-five annotated games and stories are being presented by grandmasters Georg Mohr and Adrian Mikhalchishin. It covers Planinc' entire life and chess career, including his most fascinating games. This fitting tribute of a forgotten chess genius should be found in anyone's chess library. Thanks to this colorful book Albin Planinc will continue to inspire us all and will keep his spirit alive.