The store will not work correctly in the case when cookies are disabled.
Artikelnummer
LXMANTLAM
Autor
Noam ManellaZeev Zohar 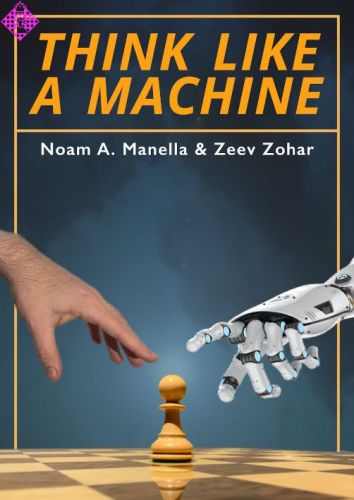 With the ascent of computer technology, humans have a chance to develop their thinking process based on hard evidence. Think Like a Machine explores human limitations and proposes new avenues for human thinking, inspired by computer engines.

In positions taken almost exclusively from modern tournament play, the authors present jaw-dropping continuations which humans struggle to find, not due to lower human computing power, due to conceptual and perceptual limitations. In this book these “crazy” moves are analysed and categorised. If you want to expand your chess imagination, understanding and intuition, Think Like a Machine is the book is for you.

Think Like A Machine is the second chess book co-written by Noam Manella and Zeev Zohar . Manella is a digital and Social Networks Researcher; Zohar is an accountant and businessman. Their previous book, Play Unconventional Chess and Win, was a highlight in chess publishing in 2014.

005 Personal Notes by the Authors