The store will not work correctly in the case when cookies are disabled.
Artikelnummer
LMMUETSE
Autor
Karsten Müller 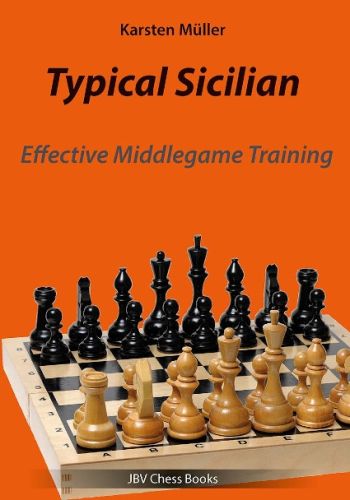 Of course, in every middlegame textbook there's one or the other position that clearly comes from this or that opening. However, their number is negligible in the context of example positions from all the other openings whose middlegame treatment the reader doesn't want to learn at all.

For example, aren't the issues of hanging pawns and minority attack - the author asks with good reason - just as dispensable for an e4 player as they are essential for a d4 player? - Why should a die-hard enthusiast of Indian openings care about the strategic intricacies of positions resulting from all those complicated Queen's Gambit systems? And of course vice versa: what use are all these subtleties of Indian positions to a player who 'by nature' avoids fianchetto openings?

And it's precisely this conspicuous and astounding vacuum in the area of middlegame literature that inspired the author to make a appropriate attempt at improvement: If you want to learn Sicilian middlegame strategy, you will get a textbook and exercise book in which only Sicilians are treated.

However, this current book only deals with the type 'Open Sicilian'. More precisely: with positions characterized by the 'small center' consisting of the pawns on d6 and e6, which is typical for the vast majority of Sicilian systems.

It deserves special mention that the more than 150 exercises have been assigned to specific topics for the benefit of entertaining diversity - for example 'the relegation candidate', 'the only move', 'violence or pressure increase' and the like.