The store will not work correctly in the case when cookies are disabled.
Artikelnummer
LOTRETOOT
Autor
Gerd Treppner 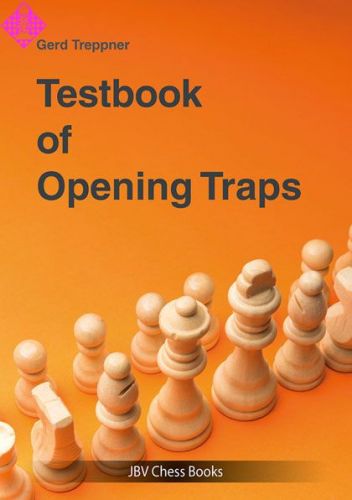 In this book, which is aimed at advanced amateurs and club players of a lower or medium level, the author (FIDE Master Gerd Treppner; 1956 – 2009) has compiled 120 instructive test tasks. They are presented in multiple-choice with two or three suggested solutions. The detailed discussion of the tasks and their solutions follows in the book's second part. The chosen examples were selected partly from theoretical opening lines, partly from practical tournament games.

Many traps are so 'primitive' and so easily avoided that the victims later (too late!) wonder how they could overlook something so simple. In tournament chess, the traps are usually more subtle and can be recognized as such only later in the game – for example, if the opponent has been lured into an unfavorable line by transposition of moves.

Although the term 'opening trap' refers to the common use in chess literature, in this book it's extended to numerous opening-strategic and combinational cases, in which certain 'pitfalls' must be avoided that are not necessarily traps in the original sense of the word.